The Trollbloods have suffered for decades at the hands of outsiders, and the infernal invasion was yet another human atrocity that punished the kriels. The infernals had not come to Caen for their souls, but the cosmic horrors still slaughtered the children of Dhunia whenever their forces crossed paths.

During this turmoil, the trollkin rose to the occasion and organized a proper military operation to force the infernals out of trollkin lands and far away from the worshippers of Dhunia. Wartime peace treaties have been negotiated with other non-trollkin Dhunia worshippers, such as the savage farrow, producing the greatest army the enemies of the kriels have ever faced. 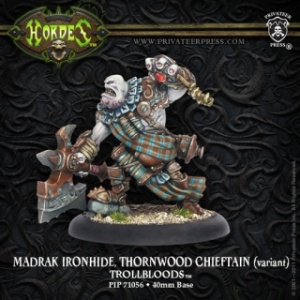 An army made using the Vengeance of Dhunia theme force can include only the following models: 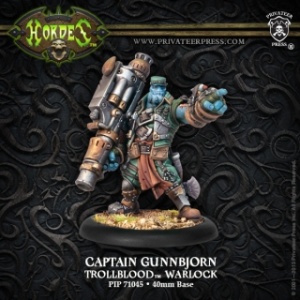 Gunnbjorn1
The models allowed in Vengeance of Dhunia are:   [Show/Hide]

You can spend each Requisition Point on either: 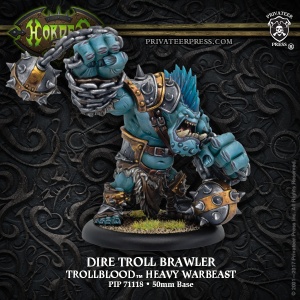 Thoughts on Vengeance of Dhunia

Vengeance of Dhunia in a Nutshell 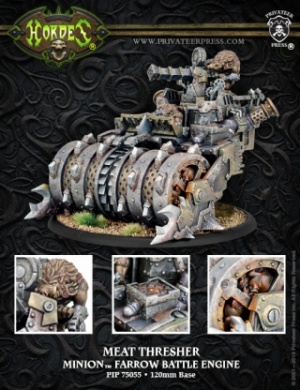 The new theme force focuses, thematically, on the children of Dhunia (including Farrow, Ogruns, and Gobbers) and their combined use of military tactics and divine magic.

This was a tricky theme force to design, as it had to not step on the toes of Kriel Company or Power of Dhunia. It's sort of the hybrid of both, while having some very distinct features. This theme is very capable of playing beast-heavy, it can go full on ranged (though likely not as well as Kriel Company, which is intentional), but most often we expect to see it played in a combined arms manner. Which is our goal. If it runs beast lists better than most Power of Dhunia lists, or runs ranged lists better than most Kriel Company lists, then something has gone wrong. As stated, this is hybrid theme with a lot of versatility, and that is its strength in our opinion. It isn't strictly made for just one type of list or strategy, you've got options.

All models in the army count as both Trollblood and Farrow, meaning all Faction buffs work on any model in the army. It also means that, with the benefit of Attuned Spirit [Trollblood[, since Farrow beasts count as Trollblood beasts in this theme force, troll warlocks now have access to things like Lightning Strike, Countercharge, etc and farrow warlocks get a whole new pigpen to play in. 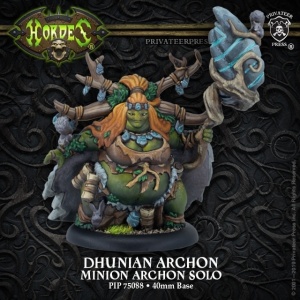 This is the only Trollblood list that cannot bring a Runebearer, which is honestly quite crippling for most Trollblood casters, as Spell Slave and the extra control range are vital tools for the faction.

Unlike normal Trollblood themes, you're not allowed up to one extra Minion solo/unit. This also limits your access to Partisans like Blythe & Bull.

You cannot take Troll Whelps in this theme, meaning your main sources of fury management are Archons and Swamp Gobber Chefs 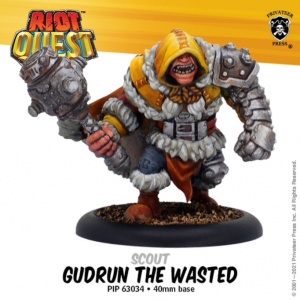 This section is aimed to quickly introduce Minion players into the "top picks" from Trollbloods that they should look at buying first.

This section is aimed to quickly introduce Trollblood players into the "top picks" from Minions that they should look at buying first.